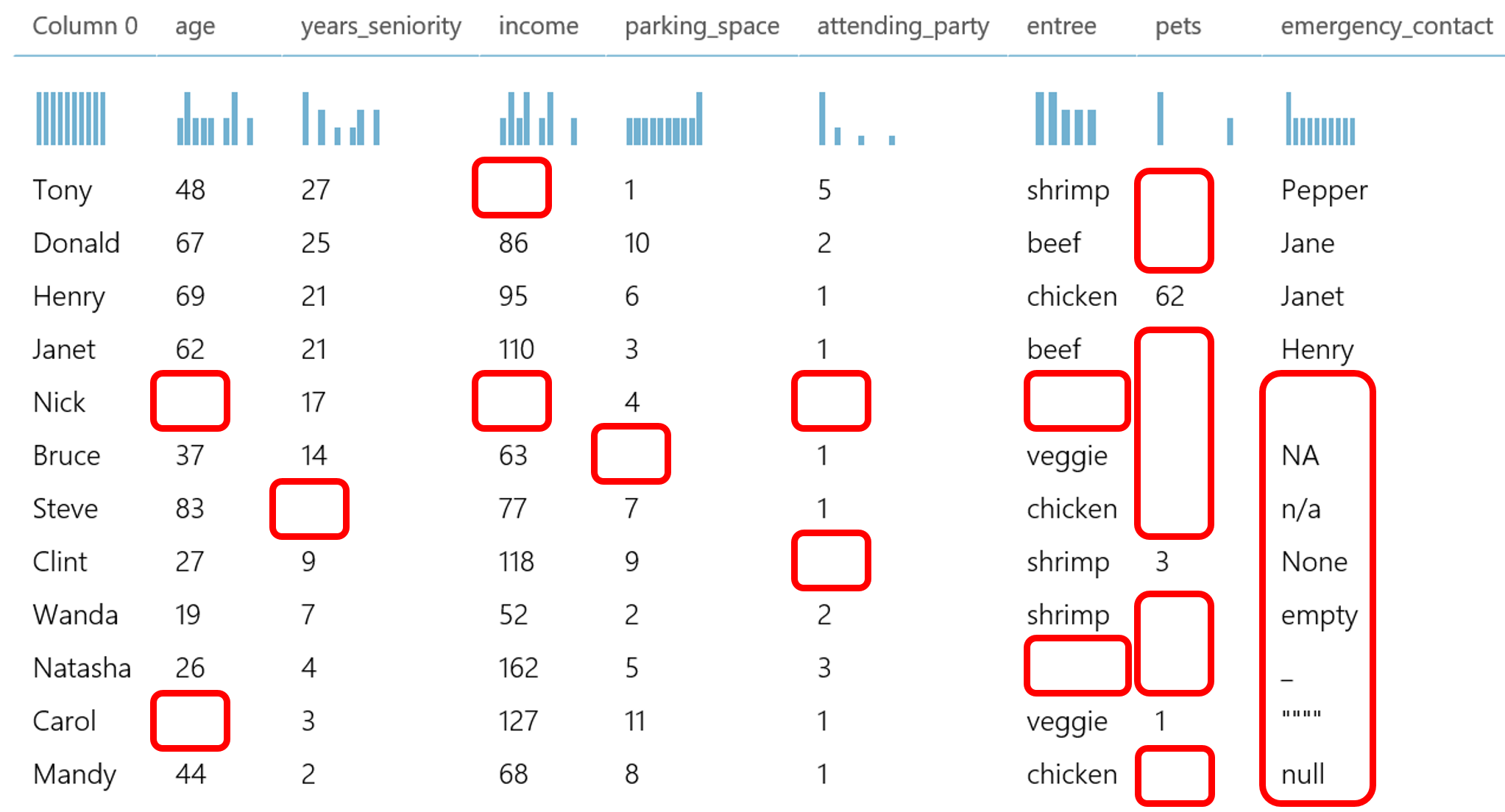 Missing values – nan, n/a, or just empty observations – have a significant effect on conclusions that can be made from data.

They can occur systematically:

What are some known Techniques?

During my formal education, there was no section on the why we use certain techniques to handle missing values – especially when it is such a sensitive part in the data pipeline. In my classes, they tell you to do either one of two things:

Generally they are both easy to do, but problems tend to arise:

Instead, we should ask:

why are the values missing? Is there a systematic reason (like it’s from a MAR/MNAR process)?

Using different models for more accurate imputation, you can use the following:

The procedure imputes missing data through an iterative series of predictive models. The model in practice is through regression.

Step 1: A simple imputation, such as imputing the mean, is performed for every missing value in the dataset. These mean imputations can be thought of as place-holders.

Step 2: The place-holder mean imputations for one variable var are set back to missing.

Step 4: The missing values for var are then replaced with predictions (imputations) from the regression model. When var is subsequently used as an independent variable in the regression models for other variables, both the observed and these imputed values will be used.

Step 5: Steps 2–4 are then repeated for each variable that has missing data. The cycling through each of the variables constitutes one iteration or cycle. At the end of one cycle all of the missing values have been replaced with predictions from regressions that reflect the relationships observed in the data.

Step 6: Steps 2–4 are repeated for a number of cycles, with the imputations being updated at each cycle.

One way to evaluate different techniques is to use a known column that has no missing values. Then, you are able to drop certain observations from this column, creating “fake missing values” that will be imputed by these techniques. Then, compare the distortion, precision, and errors of these known values to test accuracy.

Although some models do not handle these types of imputation well – such as when working with timeseries which can create large assumptions that will affect the accuracy of the model. However, when working with quick predictive models like OLS, sometimes imputation with the mean might do the trick.

Having a holistic understanding on why we impute can help you decide whether to choose a complex method or not to handle missing values.

For more resources, I suggest looking through these two articles: