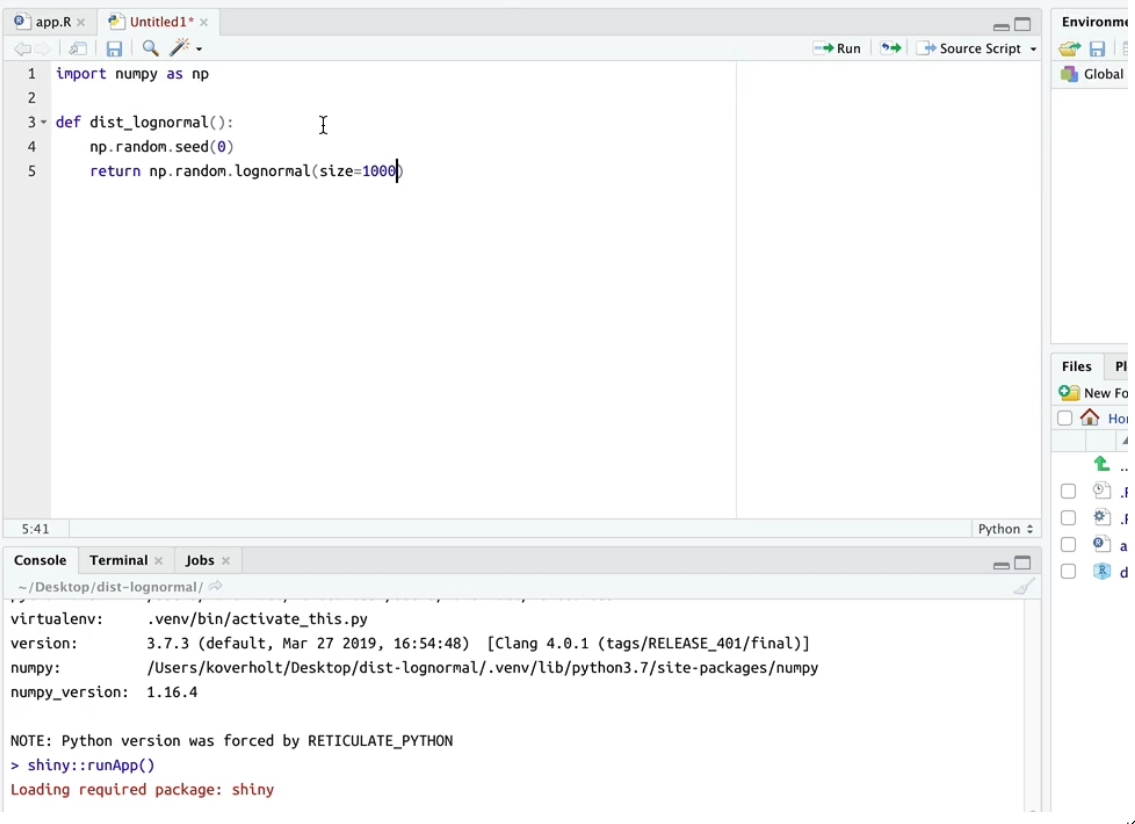 It’s finally here! Well, it has been here actually. The reticulate package has provided tools for interoperability between Python and R; it allows:

Through the new update for RStudio 1.4, the Python editing experience has been improved even further:

Currently, only static plots are supported, and dynamic plots may be implemented by future updates. This still means however that RStudio can render plots generated by both seaborn and matplotlib for visualizations. Additionally,matplotlib plots can now be displayed within the Plots pane when show() is called. 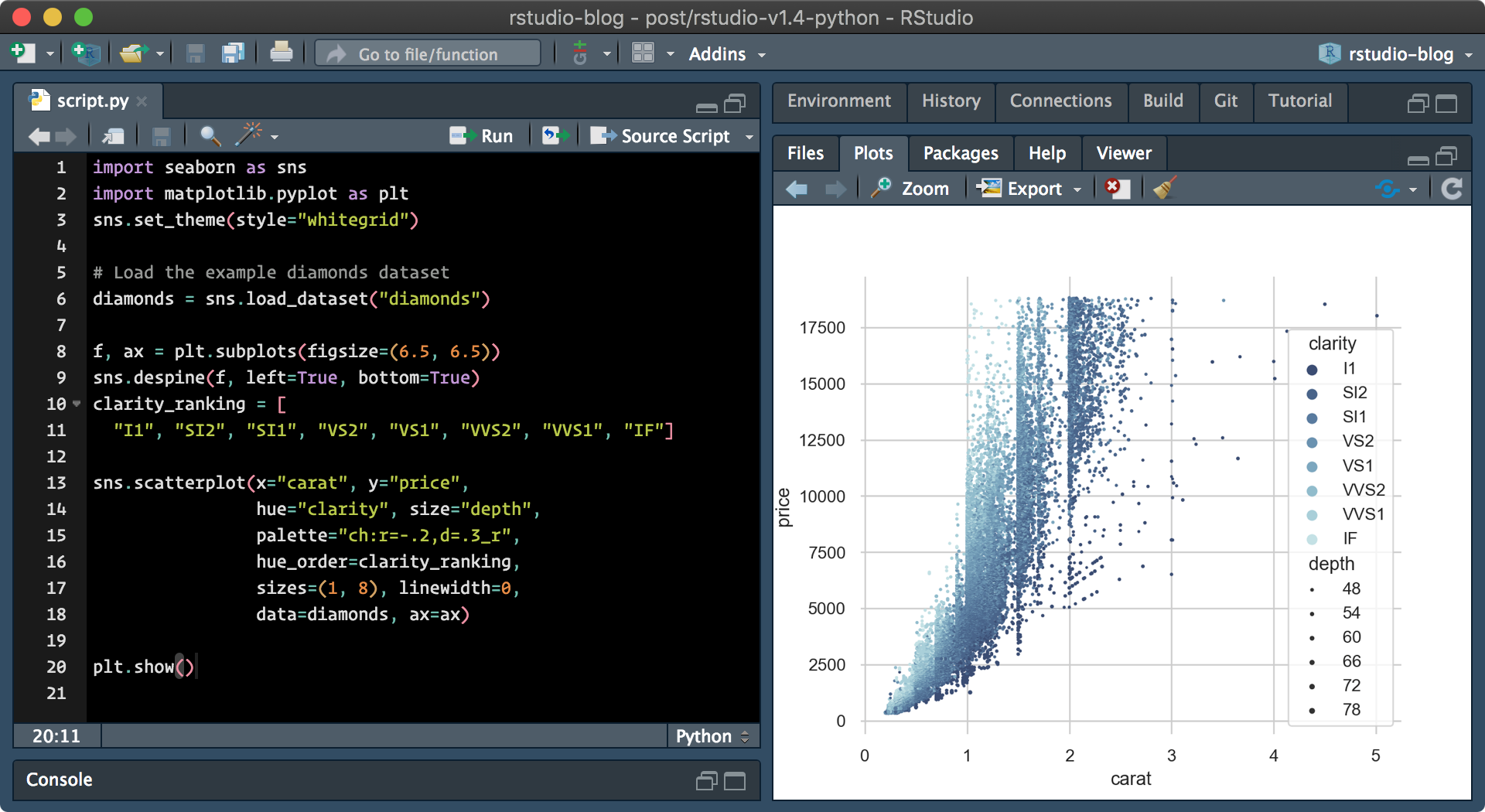 Data scientists no longer have to choose between R or Python – especially when data science teams today have the ability to leverage both R and Python in their projects.

Under the same platform there is:

Like Anaconda, the data science ecosystem can be readily accessible by one platform.

So to configure python with RStudio, make sure to first install a base version of Python.

Then install the reticulate package from CRAN:

reticulate uses the Python version from your PATH which can be checked through:

You can also enable virtual/conda environments:

Now, you can run different chunks using both python and R: